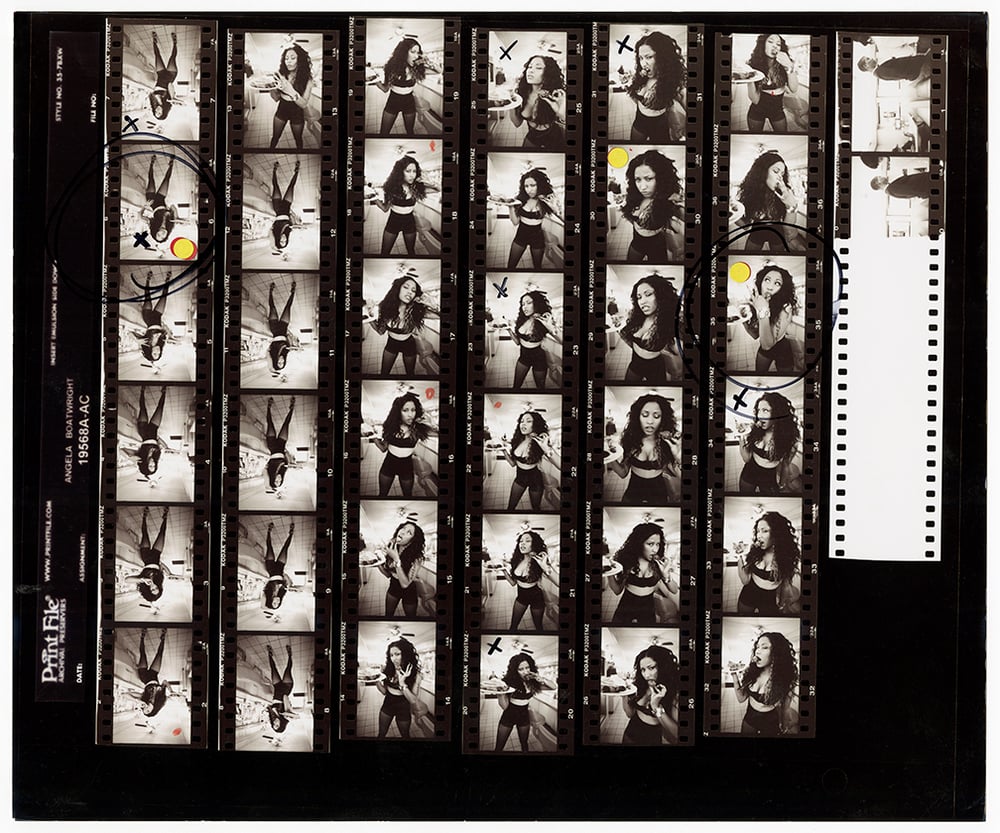 This is a print of the actual proof sheet of one roll from my 2008 photo shoot with Nicki (one of her first feature shoots) on May 20, 2008. The proof was marked up by myself and various photo editors at Vibe magazine immediately after the shoot, in 2008. The photos were shot with a Nikon FE2 camera on 3200 speed film.

I took so many of images of Nicki on this day; she was very easy to work with and brought a lot to the table creatively. The diner in Queens where we took the photos was open for business the entire time we were shooting, which I'm sure has provided some great stories for anyone eating that afternoon.

The photo team at Vibe nicknamed me "Pancake Tiger" after this shoot because that's just one of the random phrases I was using to direct Nicki. I say some incredible ridiculous (stupid?) things to people when I photograph them. I imagine most photographers do...