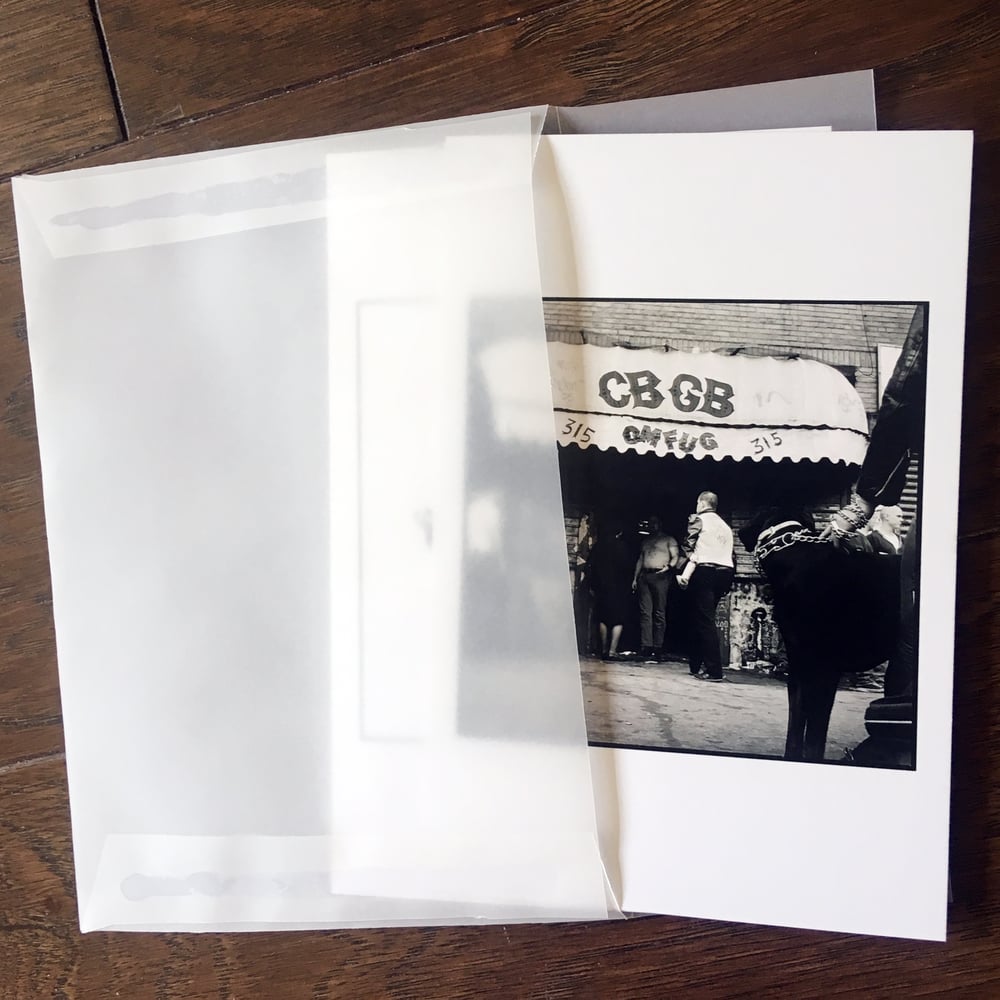 Photographer Drew Carolan's "Matinee" postcard set featuring 12 different photographs taken outside of CBGB in NYC, during hardcore matinees between 1983 and 1985.

12 different postcards X 1 each for a total of 12 postcards in each set. Postcards come in a glassine envelope.

Drew Carolan was born and raised on the Lower East Side of New York City. He has been making photographic works since 1973. Drew served as photographic assistant to Richard Avedon from 1983 to 1985 and helped him complete the book In the American West.

Along the way, Drew worked as a photographer for MTV Networks and Interview magazine. He has photographed more than a dozen independent feature films and numerous record and DVD covers. As a director and producer he has created many public service announcements as well as music videos, commercials, and documentary films. Drew Carolan currently lives in Los Angeles, California.