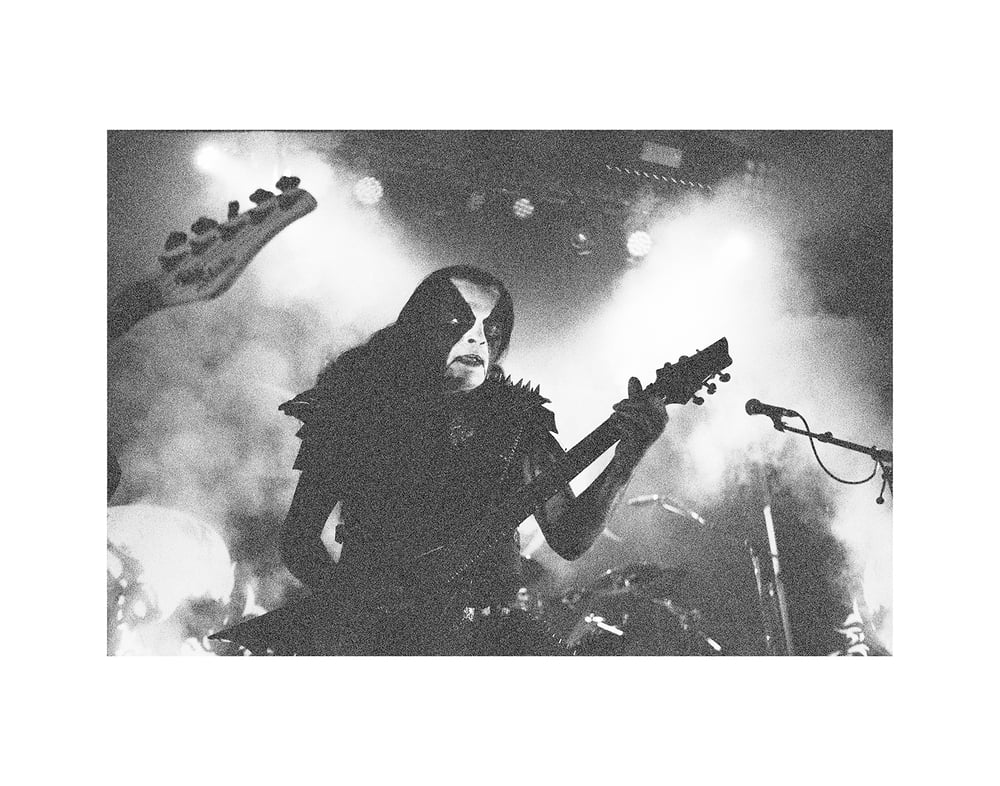 Abbath from Immortal photographed at The Regent in Downtown, Los Angeles March, 2016.

My dear friend, Henry, was Abbath's tour manager at the time and the morning they arrived in Los Angeles Henry called and mentioned that Abbath wanted to see Lemmy's grave. A few hours later, I found myself driving Henry and Abbath to Forest Lawn cemetary, a few miles away. Abbath was so thankful that during his performance that night he made a huge effort to stare directly into my camera for more or less the entire show. Seriously, I was amazed. At one point, while stooping to smoosh his face into my lens, he literally fell head over heels into the photo pit. Abbath is a big guy; it was pretty scary. Thankfully he wasn't hurt. He's certainly one of a kind. Cheers to Abbath, one of the most gracious heavy metal musicians I've ever had the honor to spend time with.